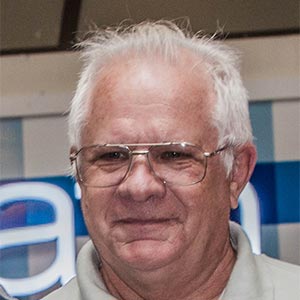 For the past 20+ years, Steve Cheney has been serenading audiences exclusively at the Polynesian Cultural Center's award-winning Ali‘i Luau with his Hawaiian steel guitar. With its roots in Laie, the Hawaiian steel guitar has enchanted thousands of visitors with its melodic sounds and captivated the hearts of Cheney's three sons - Benjamin, Samuel and Michael, as they continue to keep the family tradition alive. Cheney initially performed alongside his mother, father and grandfather as "The Islanders," a group which was later renamed "The Cheney Family" when Cheney's brother and sister joined the group.

Cheney's musical expertise ranges from traditional Hawaiian to jazz and contemporary, and other than his passion and ability to play the steel guitar, he is also skilled in playing several other instruments, including the jazz trombone, the electric bass and the conga drums. Cheney is also a talented craftsman, having designed and crafted three of his own steel guitars.

The passion Cheney has for playing the Hawaiian steel guitar and for music has carried onto his sons. Cheney taught all three the fundamentals of his trade. They now join him in performing six nights a week at the Ali‘i Luau. "My sons played the Hawaiian steel guitar to put themselves through college and continue to play to this day," said Cheney. "The passion to play came naturally for all of us."

Performing at the PCC keeps him busy throughout the year, but on rare occasions, Cheney takes his music on the road to share the beauty of the Hawaiian steel guitar. In 2008, he was the featured guest artist at the Hawaiian Steel Guitar Association's annual convention in Joliet, Illinois. In 2011, Cheney appeared with other steel guitar masters in the Legends of Steel Guitar concert at the Pacific Beach Hotel, honoring the original icons of the steel guitar.