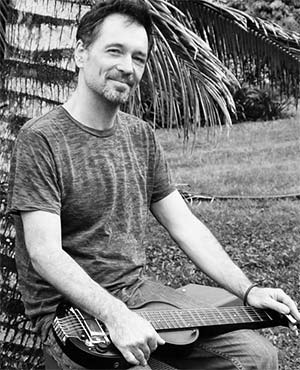 Kirk Smart was born in Japan and grew up in Europe. He speaks (and sings in) English, Spanish, Italian, Brazilian Portuguese and German. He has been playing guitar professionally since his teens. After studying at the prestigious Musicians Institute in Los Angeles he began "paying his dues" while working in California, New Orleans, Europe and South America. He was hired as a teacher at Musicians Institute and began focussing on playing high end events in the greater Los Angeles area, working at the Academy Awards, the Emmy's, countless corporate events as well as long running residencies at the best clubs (The World Cafe, Rix, Monsoons, Mandalay, etc).

Upon relocating to Kauai in 2004, Kirk concentrated on bringing professionalism and fun to private events, while continuing to teach and record. He also tours Italy on a regular basis, playing clubs, castles, mountain huts and weddings.

Copyright ©2016 by Hawaii Institute for Music Enrichment and Learning Experiences, Inc., and Cyberventures Unlimited.Terms of Use